Luke Campbell is confident he will become a world champion before the year is out.

The London 2012 gold medalist takes on Jairo Lopez in Hull on February 25, live on Sky Sports, on the undercard of Gavin McDonnell's bout with Rey Vargas for the vacant WBC super-bantamweight title

Campbell believes it will be the first step towards joining James DeGale and Anthony Joshua as a world and Olympic champion.

"I believe I will be a world champion this year, yes. 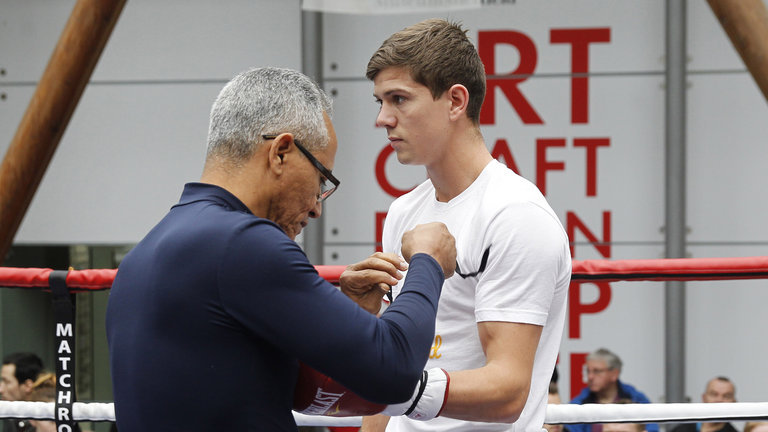 "I'm in a very good place, I feel great, my confidence is bigger than ever, I believe my performances are getting better and better and Jorge [Rubio] is bringing more out of me."

Campbell (15-1-KO12) has been preparing out in Miami since December 30, in what is his fourth camp with trainer Rubio, following the shock loss to Yvan Mendy a year ago.

The 29-year-old will be boxing in Hull for the first time in 17 months and if he gets past Mexican Lopez (21-6-KO14), promoter Eddie Hearn believes he should get the world title chance before the year is out.

"I think what we'll do is, box on February 25, and then look to make the Scott Cardle fight quickly," said Hearn.

"Cardle is up for that fight as well, he'll defend in Glasgow, get the belt, and then look to fight Campbell very soon after that.

"After that, Luke wants to go straight for the world title."

Tickets for Lukes next fight February 25th, Hull arena are available at https://luke-campbell-official-shop.myshopify.com/collections/tickets